The short story, “The Woman Who Borrowed Memories” (kvinnan som lånade minnen), was written by Tove Jansson in 1987 as part of her short story collection “Travelling Light”.  Unlike her Moomin series which are more lighthearted and oriented for children, this is a story with a dark, strong claustrophobic edge.
Synopsis
This is the story of Stella, who is an artist who left her home town to travel abroad, where she became famous for her paintings.  She has now returned to her old apartment fifteen years later, to visit.  She sees her old landlady, Mrs. Lundblad, and they briefly catch up, reminiscencing on the golden, old days and gossiping.  Mrs. Lundblad informs Stella that her apartment is inhabited by an old acquaintance, Wanda, who is now a recluse.

Stella ascends the stairs and has an afternoon visit with Wanda.  It becomes clear over the course of their conversation that Stella was the popular one and Wanda the overlooked wallflower.  However Wanda attempts to manipulate Stella, gas-lighting her and using false information, incorrectly recounting past events, in order to essentially “steal” Stella’s memories.  She hopes to confuse Stella to such a point that she believes that Wanda was the intelligent, popular one and Stella the one barely tolerated.  It is implied that Wanda has done this with all of their old friends who have come to visit over the years.  It is also implied that Wanda prevented Stella’s boyfriend from finding her, resulting in his mysterious disappearance.

The more that they talk the more that we wonder what has the intruder taken from the artist’s life and melded into her own.  Stella is assailed by her friend’s lies about their past and begins to doubt her own memories of their youth together.  Stella almost succumbs to Wanda’s surreal methods of manipulation, but manages to pull herself together and make her escape from the apartment, right into a fog that’s covered the city, leaving Wanda feeling defeated and lost. 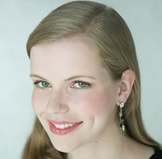 Dinah Ayre – Mrs. Lundblad the landlady
Born into a musical family, mezzo-soprano Dinah Ayre has always had a passion for telling stories through song. As a child she often performed with her father Larry Ayre, a jazz and classical guitarist. Now her repertoire ranges from jazz, to opera and oratorio.
Dinah currently sings in the alto section of the Vancouver Chamber Choir. She is also involved in the local group Players & Singers, which presents Baroque operas and chamber music in innovative settings. Dinah has recently completed her Artists Diploma at Vancouver Academy of Music, studying with soprano Robyn Driedger-Klassen. 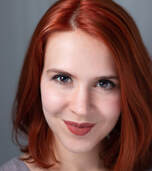 Melodie Corbett – Stella the artist
Melodie is a Vancouver based soprano and a graduate of the University of British Columbia’s Voice and Opera program. She has appeared with the UBC Opera Ensemble as Anna Gomez in “The Consul” and Peaseblossom in “A Midsummer Night’s Dream”.  She made her European debut in the summer of 2016 in the Czech Republic, singing the roles of Second Lady and Second Spirit in “The Magic Flute”. Most recently, Melodie has appeared in productions with Vancouver based opera companies Opera Mariposa and Burnaby Lyric Opera. She also premiered the role of Frey in the new musical “Sechs” at the 2017 Vancouver Fringe Festival. Melodie is thrilled to be returning to the Fringe Festival this year and to be a part of bringing this new opera work to the Fringe stage!
​ 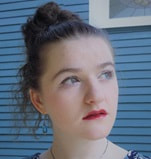 Roan Shankaruk – Wanda the one who stayed behind
Roan is a University of British Columbia graduate, with a Bachelor of Music in Opera Performance and Composition.  She has been in thirty or so operas and musicals since age ten, including “The Magic Flute” with the Vancouver Opera, where she made her professional opera debut as “Third Spirit”.
Roan is also a composer and has written a number of works performed by festivals and performing companies across Canada.  Over the past two years, Roan was selected by UBC and Vancouver Opera to participate in the 2018 and in the 2019 Vancouver Opera Festival, composing two opera excerpts for the "New Works Project" in 2018 and performing in the festival in 2019.   On her weekends she performs at Granville Island as a busker specializing in vintage songs from the 1910s-1940s accompanying herself on ukulele.
The morning after closing night, Roan will be flying to the University of Manitoba where she received a two year Graduate Fellowship.  She will be studying her Masters in Opera Performance with eminent (and beloved) Canadian soprano, Tracy Dahl. 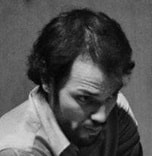 Derek Stanyer – Piano
Derek Stanyer was born in Langley, BC and took lessons at the Langley Music School for 8 years with Barbara Zielinski. He received his Bachelor of Music from the University of Victoria in 2010, and his Masters of Music from the University of Ottawa in 2012 on full scholarship. He has won numerous awards and prizes, including finalist in the national “Knigge Piano Competition”, “University of Victoria Concerto Competition”, “University of Ottawa Concerto Competition”, and “Sooke Philharmonic Concerto Competition”. He also won top prize in the “Johann Strauss Competition”, allowing him to study at the Mozarteum in Salzburg, Austria in 2012. Recently, Derek was pursuing an Artist Diploma at the Ecole Normale de Musique in Paris from 2012 to 2014, and is currently in the Doctorate of Musical Arts program at the University of British Columbia on a full Doctoral Fellowship. He has performed extensively both as a soloist and as a collaborative pianist throughout Canada, France, Belgium, Austria, USA, and Mexico. He has worked as a vocal coach for the UBC summer opera program, and has also been a member of the Vancouver International Song Institute.

Tove Marika Jansson (August 9, 1914 – June 27, 2001) was a Swedish-speaking, Finnish author, novelist, painter, illustrator and comic strip author. Brought up by artistic parents, Jansson studied art from 1930 to 1938 in Stockholm, Helsinki and then Paris. Her first solo art exhibition was in 1943. At the same time, she was writing short stories and articles for publication, as well as creating the graphics for book covers and other purposes. She continued to work as an artist for the rest of her life, alongside her writing.
Jansson wrote the Moomin books for children, starting in 1945 with “The Moomins and the Great Flood”. The next two books, “Comet In Moominland” and “Finn Family Moomintroll”, published in 1946 and 1948 respectively, saw the series achieve high sales and worldwide acceptance.
Starting with the semi-autobiographical “Bildhuggarens dotter” (Sculptor's Daughter) in 1968, she wrote six novels including the admired “Sommarboken” (The Summer Book) and five books of short stories for adults. For her work as a children's writer she received the Hans Christian Andersen Medal in 1966. 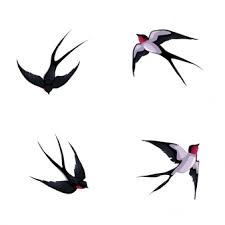 * “The Woman Who Borrowed Memories” used with the permission of R&B Licensing, the exclusive publishing agent for Moomin Characters Ltd and Tove Jansson ©